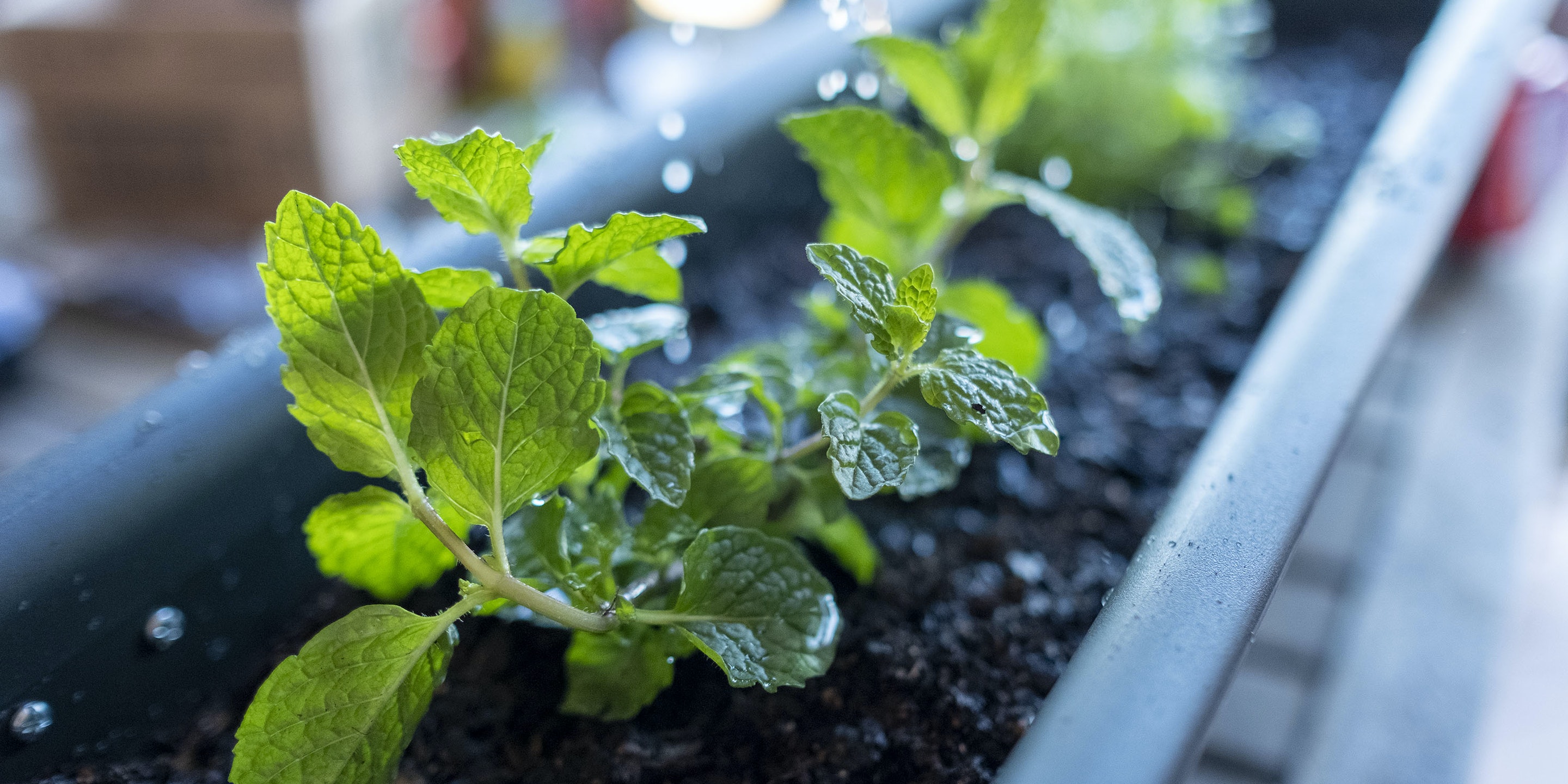 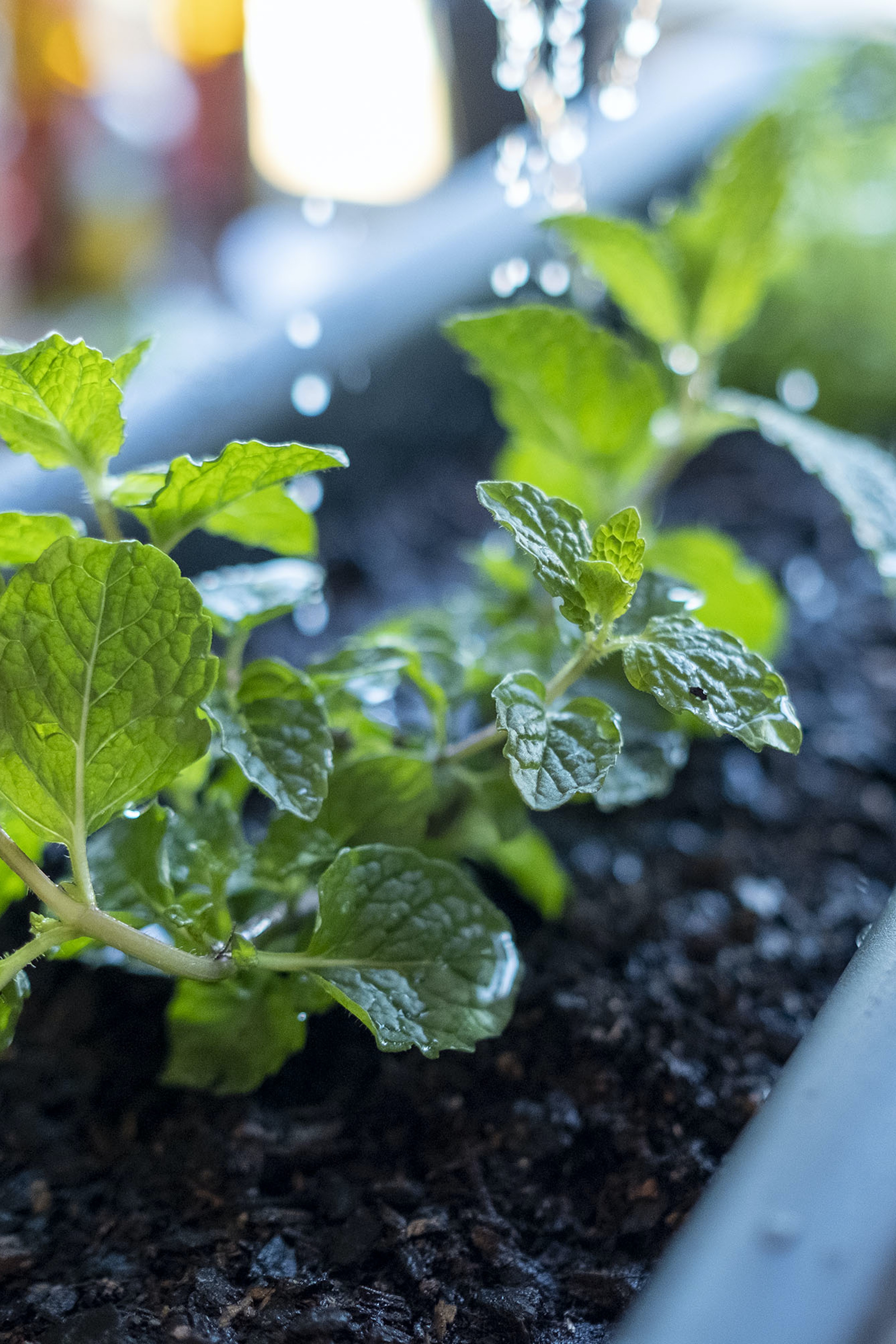 The Banks project started over a year ago with a comment from Katherine; "I always kill the plants!" We liked the idea of having a flourishing garden of herbs and vegetables, free of chemicals and readily available as we often bought a large bunch of herbs when we only needed a sprig. It was wasteful, and we were in the process of changing our ways.

The problem was neither of us has green fingers like our parents nor the diligence and regular schedule to look after a garden. So we needed an 'automagical' solution.

Having experimented a lot with technology over the years, I was sure there was a system I could make that would be able to monitor the soil, store the data, represent this somehow, make some decisions, water the plants on demand, and be off-grid. After quite a bit of research, I settled on building a system around the raspberry pi zero. These micro Linux based boards are incredibly cheap at here in Australia, and they're pretty robust. Moreover, you can run a system called 'Node-red', which I use extensively for some of my other home automation systems.

The first step was to create a small garden on our balcony. We didn't have a lot of floor space, so this would have to be mounted to the wall vertically and placed in the area that received the most sunlight. I needed around 5-7 hours, which was just enough in the area I was considering.

At the time a lot of the kits you could buy were either too small, too expensive, too bulky or even worse made entirely of plastic which we were trying to avoid. So this experiment was going to have to be a build from scratch, which are the most fun.I found a couple of powder-coated steel racks for holding tools, drilled the mounting holes larger and mounted them onto the wall using masonry anchors.

For the planter boxes, I found some giant pots made from recycled plastic. The only trick was how to mount them onto the racks now firmly bolted to the wall. For this, I would turn to 3D printing.

One of the main aspects I love about 3D printing is the precision. I've learnt how to make most things in my father's garage and at university in the fabrication workshops, but I'm undoubtedly rusty and lack the necessary skills to make the parts required for a project like this.

However, thanks to my superpowers honed in visual effects, I've developed quite a skillset in CAD applications and now with the introduction of accessible, low-cost 3d printers. I've been able to manufacture a wide range of parts quite easily. My go-to 3D printer is the Prusa i3 Mark2 that is whirring away next to me in the office, it's incredibly reliable, primarily when you use the same material consistently. The modelling software I use daily is Modo.

I modelled this bracket in about an hour and set the printer off printing two batches of six brackets which took around 12 hours to print. The PLA material I used was ColorFabbs NGEN, which I had leftover from a previous project.

This garden planter bracket would be tricky to manufacture traditionally without injection moulding, which would be unlikely in our apartment. As you can see, it was pretty easy for Katherine to drill and mount the brackets onto the planter boxes.

One of the other good reasons for using PLA or Polylactic acid is its a thermoplastic aliphatic polyester derived from renewable biomass, typically from fermented plant starch such as from corn. The only downside of using this material outside, especially in the sun is that sunlight and some critters quickly attack it. So make sure you paint it for protection.

Within the weekend, we had the first stage complete. The pots were up, filled with soil and the plants were in and watered. The next challenge would be building an irrigation system to feed each of the plants with water and nutrients.

Some useful links for you: