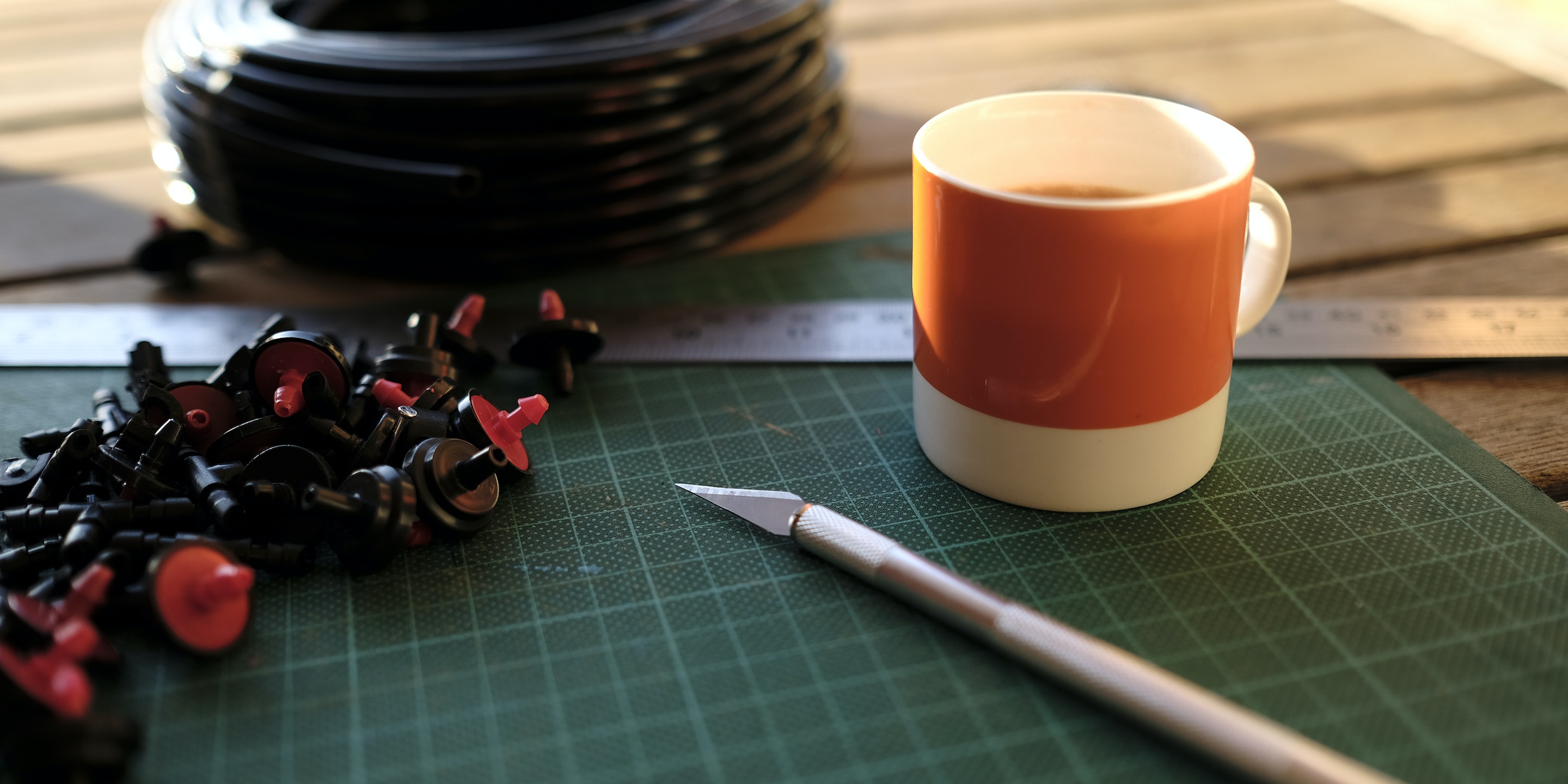 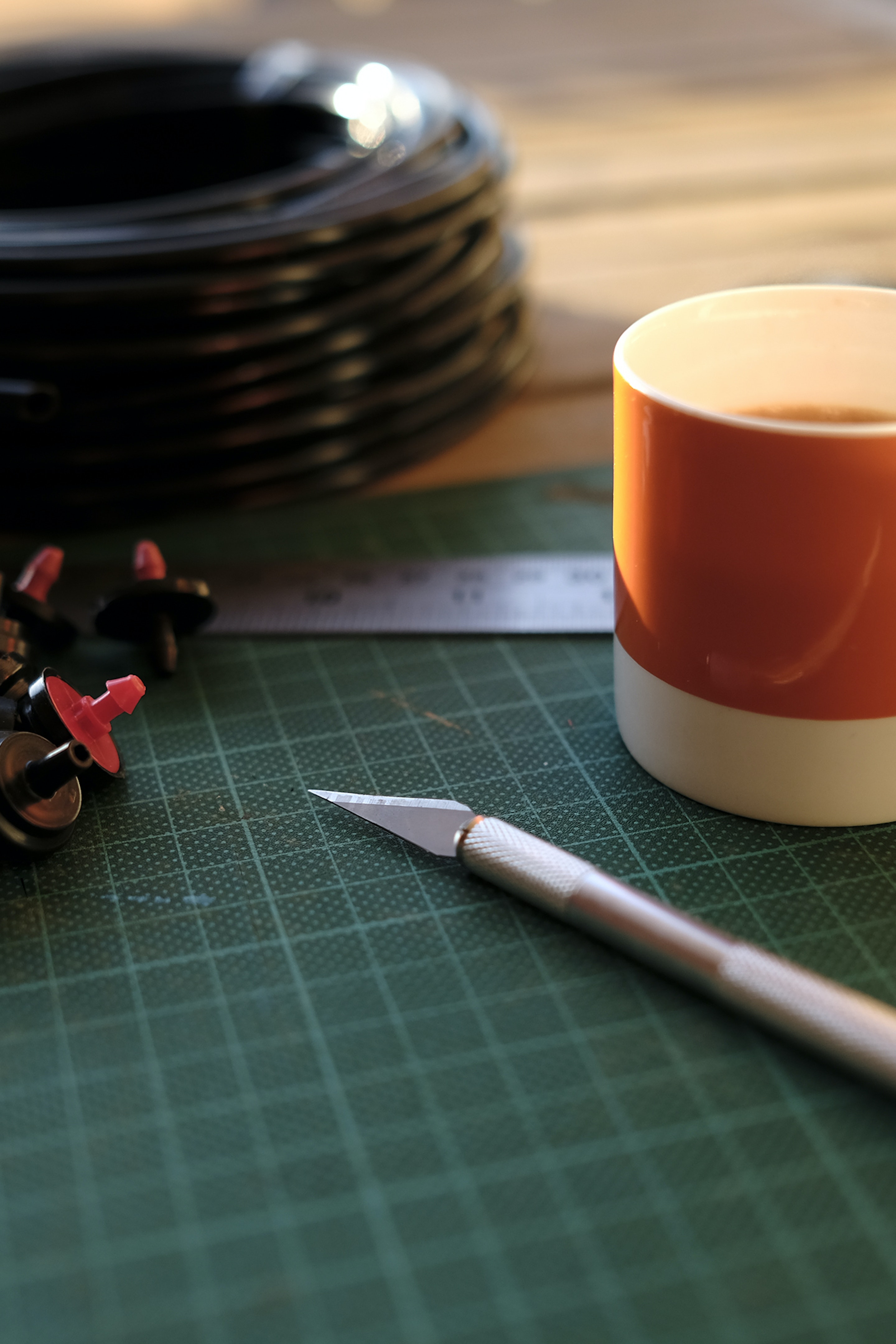 This week have started the build of the vertical gardens life support system. We have planned to have two herb plants per pot, and the plants will be laid out, so the ones closest to the edge of the balcony are the ones that require the most sunlight. So here I am it's very early morning with a second expresso and a very sharp scalpel. What could go wrong?

To build the watering system, I found this roll of small PVC piping and a packet of cheap irrigation spouts. While I'm not impressed with the plastic heads, they will do for now until I design and print something a little better. These watering heads feel incredibly flimsy, and I broke a few trying to slide the pipe onto the end of each one.

In the end, a cup of boiling water proved incredibly useful. The pipe became very playable in hot water after ten seconds and could easily slide onto each link and spout end. Over the hour, I built a 'pipe snake' which would make its way up from the floor with two irrigation spouts with each pot. So twelve in all for this first experiment. I loosely laid out all the piping then zip-tied it into place, so it was nice and neat.